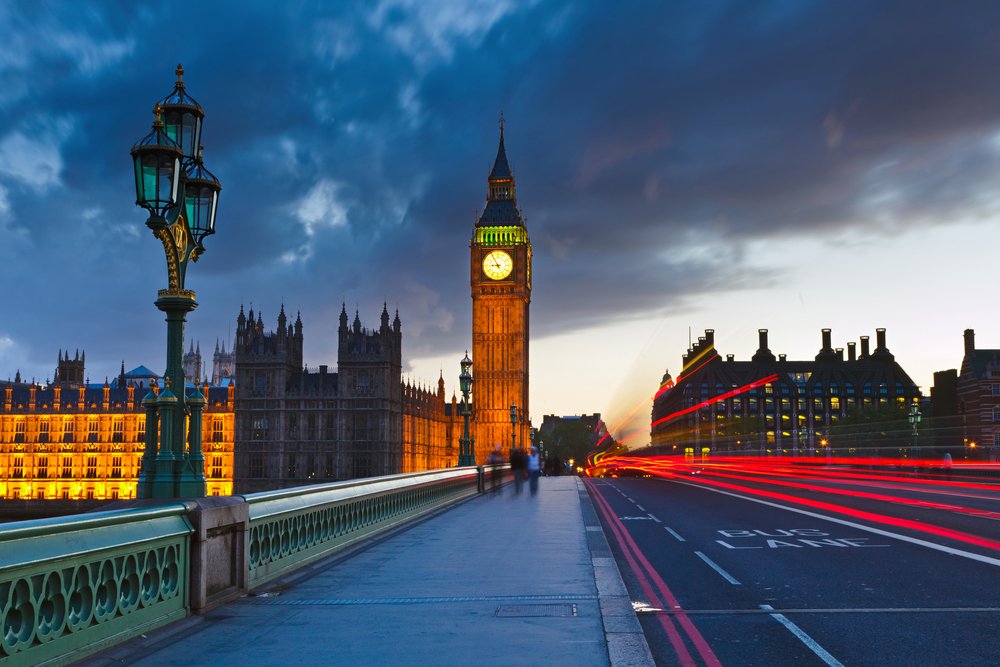 London is one of the cradles of fashion talent, so whatever is happening there is worth watching. This season it didn’t disappoint. The creativity and craftsmanship showed in the catwalks at the London Fashion Week were remarkable. Here you have our report and what we liked most from the AW 2017-18.

There were certain items, silhouettes, ways of wearing etc that just happened to be in more catwalks than you could expect. That is how they become trends. But for us, the real trends get confirmed by the people, people like you and me. The street has a voice. Not everything – even if brilliant- will make it to the most desired catwalk: the street. Let’s review the trends showed in this London Fashion Week and the chances of being adopted by the population.

We saw tartan trousers, tops, coats, dresses.. in almost every runway! Where? In Mary Katrantzou, Mulberry, Peter Pilotto, Roland Mouret or the historical Pringle of Scotland.

Chances of making it to the street: 100% 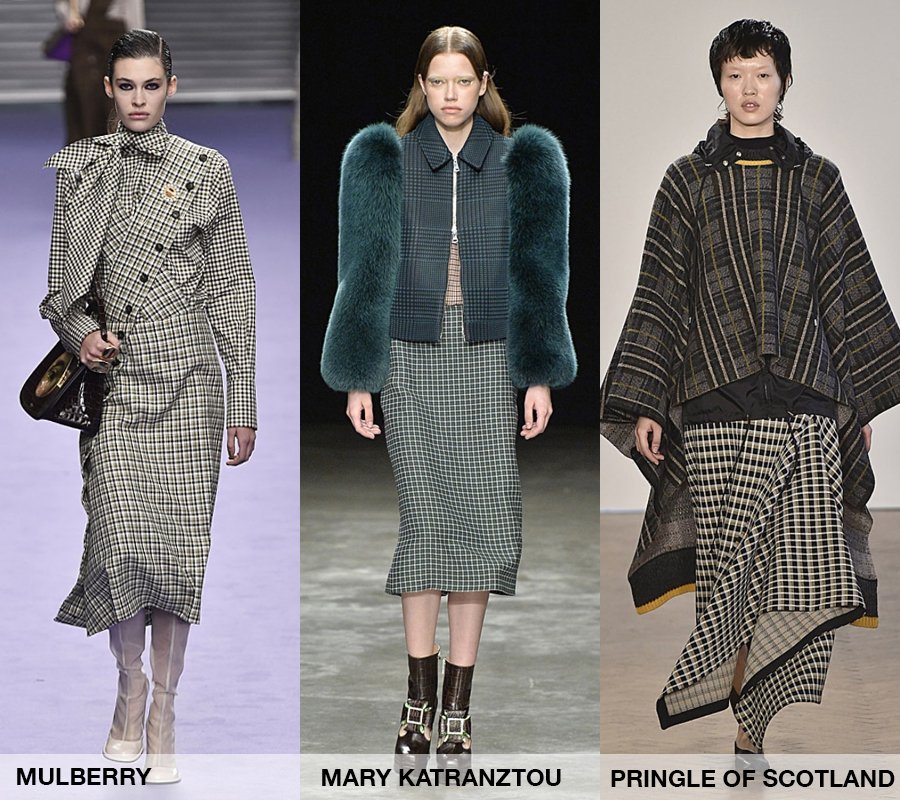 SAY IT OUT LOUD WITH A SLOGAN T-SHIRT

Fashion is a way of self-expression. Now we want to say it louder and clearer. So, from “save the world”, or “gimme 5” of Ashley Williams to “Daddy” from House of Holland… we have a lot to say. 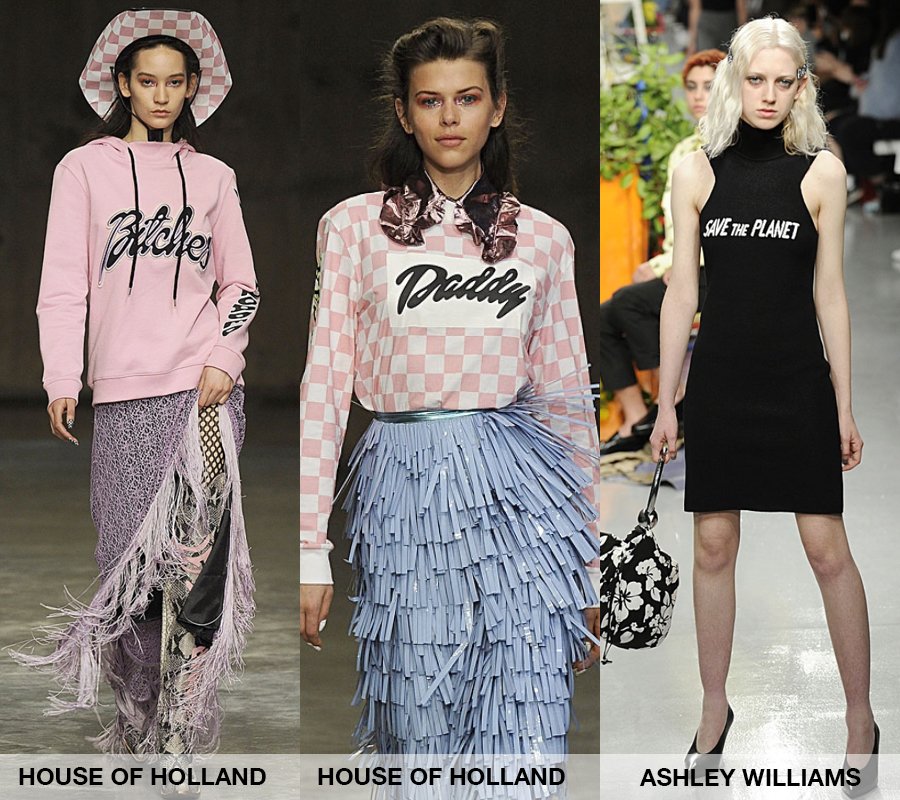 We saw some in NYFW and it seems London also doesn’t want us to catch a flu in the coming winter. We saw it in Peter Pilotto, Mulberry, Preen, Temperley or Roksanda.

Chances of making it to the street: 60% 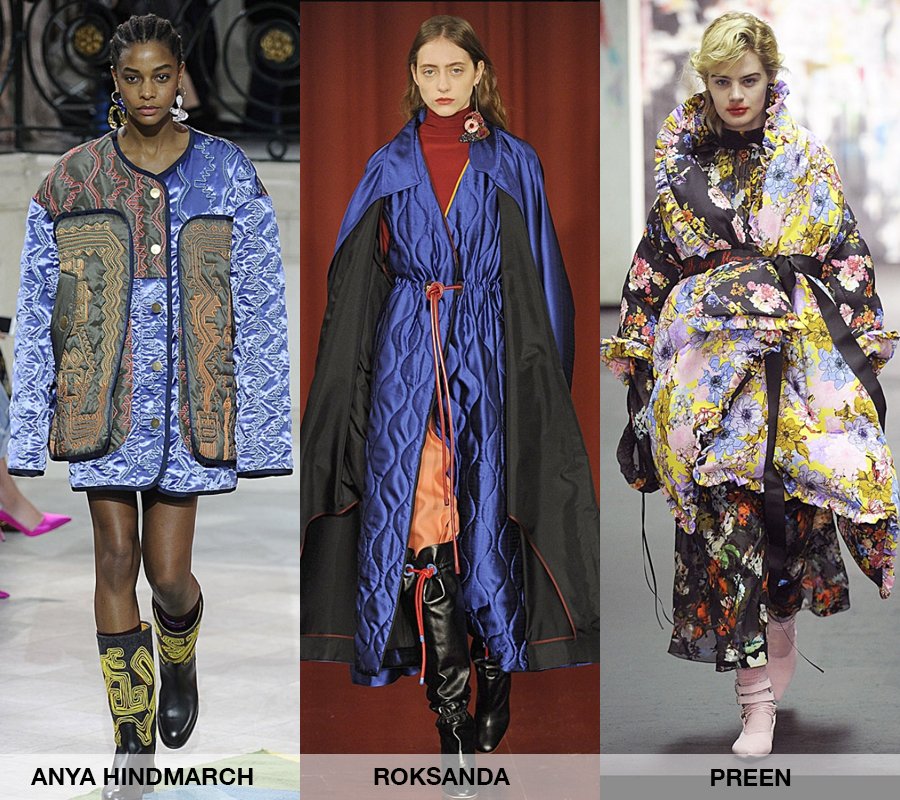 Everything got bigger… pullovers, coats, shirts, sleeves. We specially like the pullovers when paired with light flowy skirts, as in Mulberry, Burberry, Pringle of Scotland, or Marques Almeida.

Chances of making it to the street: 85% 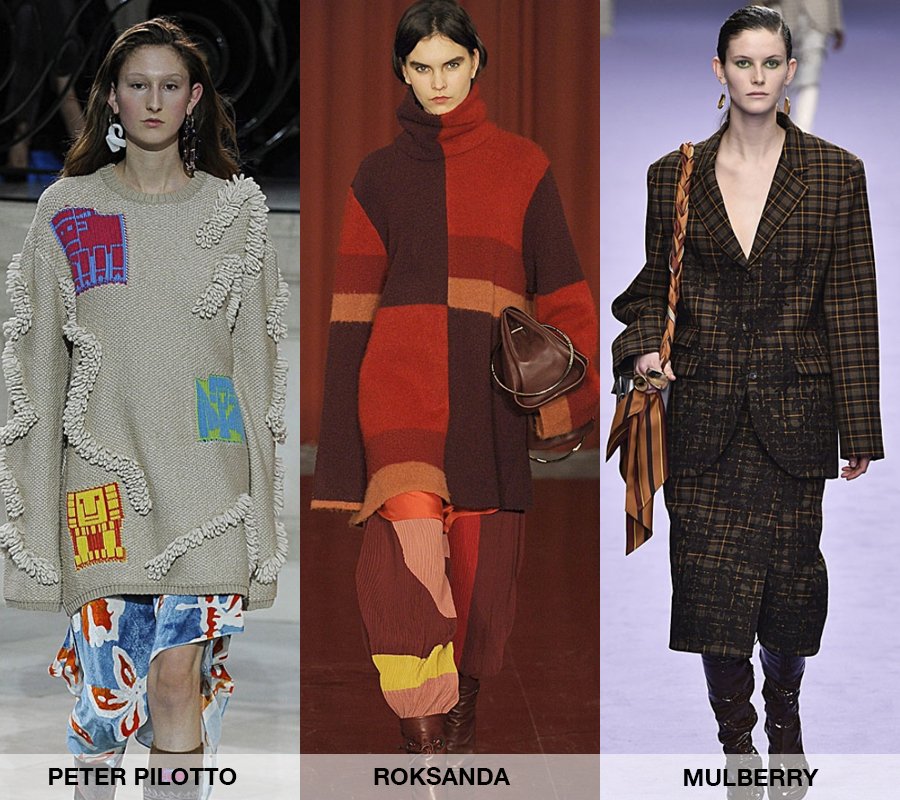 Almost in every runway there were flower prints. Who cares if it is winter? You might be still in full bloom! We saw it in Simone Rocha, Mary Katrantzou, Mulberry, Preen, Roland Mouret …

Chances of making it to the street: 85% 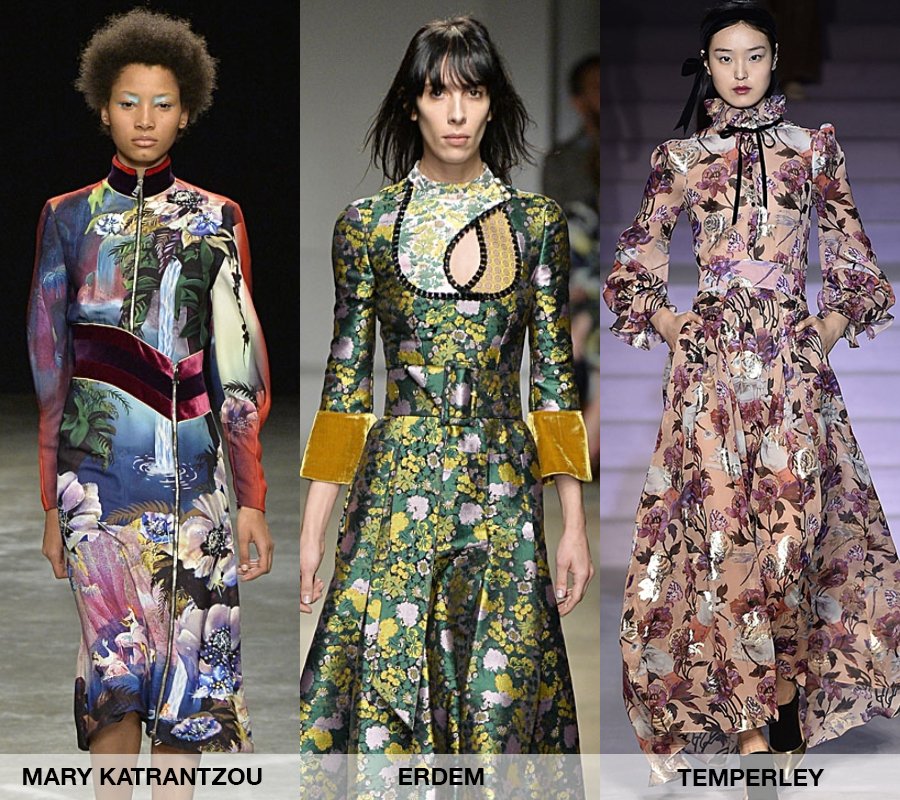 … with embroidery like in Emilio de la Morena or plain. Sheer dresses were on top of shirts, suits,… There were some extreme layering this season. Worth watching it in Simone Rocha, Versus Versace, Burberry, Roland Mouret, Temperley, Christopher Kane, Erdem…

Chances of making it to the street: 65% 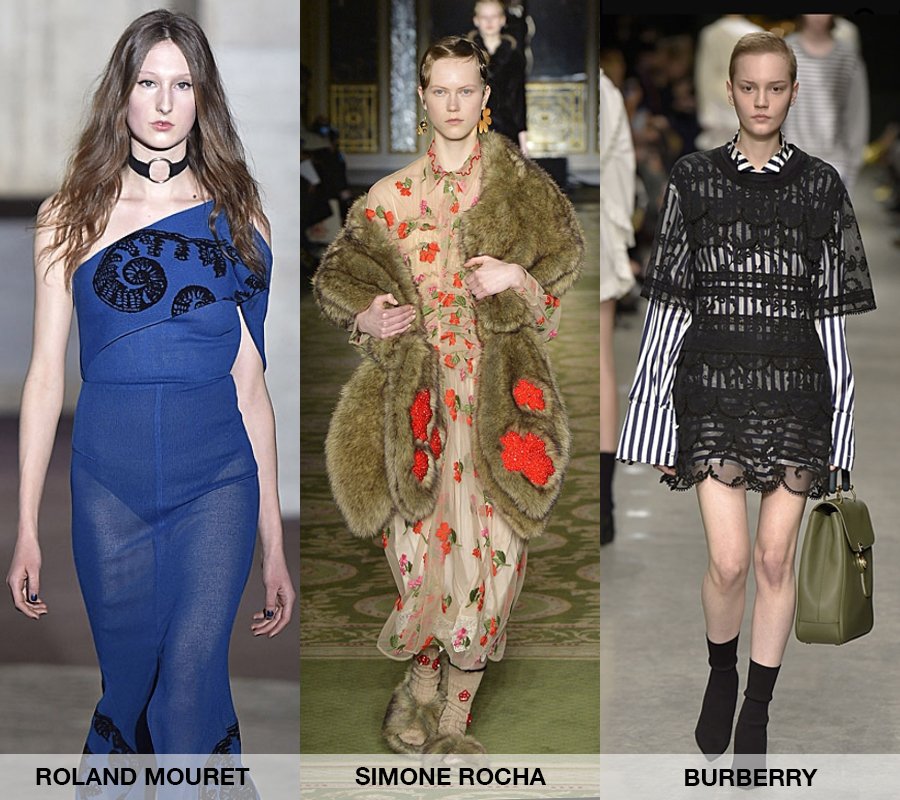 REWORKING OF THE SHIRT OR THE PULLOVER

Shirts went through extreme transformation with looong sleeves, funky shapes, ruffles, impossible on-off shoulders.. Pullovers also evolved, not only through the oversizing but also, we have seen a makeover for hems, playing asymmetrical lines that draped the body or let it lose.

We have also seen other ways of wearing the pullover.. tucked inside the trousers (like in Burberry or Preen).

Chances of making it to the street: 50% 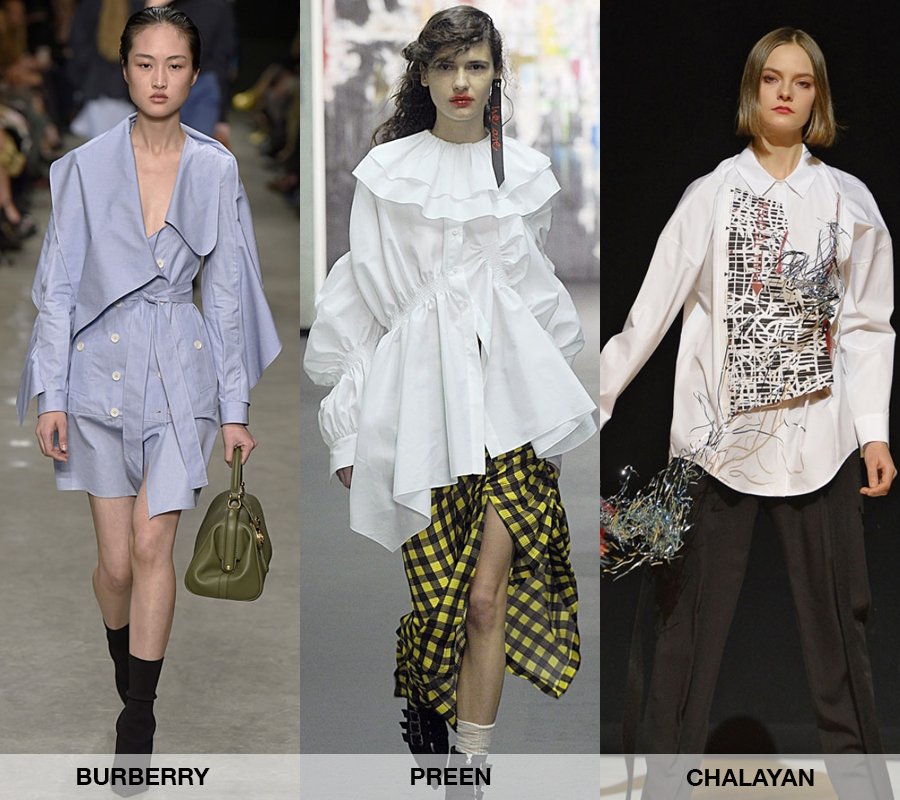 WELCOME TO THE DARK SIDE

There was also some Gothic Rock and Roll at Gareth Pugh, Versus Versace or at the zipper trousers of Peter Pilotto.

Chances of making it to the street: 75% 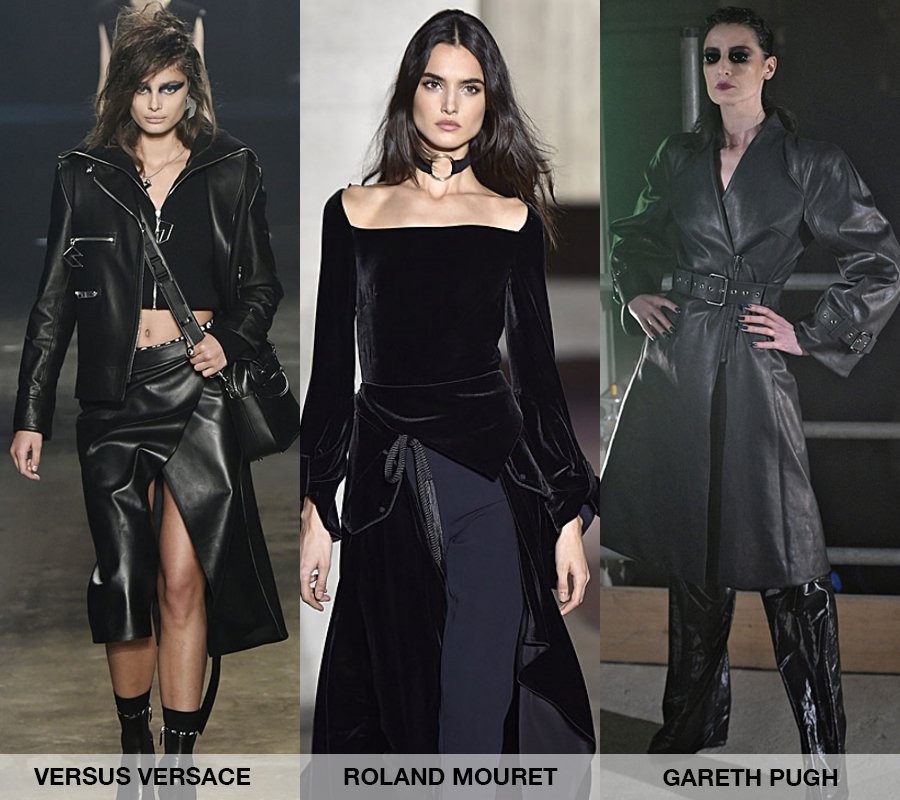 As in NYFW we saw a major comeback of velvet as fabric (Erdem, Mary Katrantzou, Peter Pilotto, Roland Mouret, Temperley or Christopher Kane) and the 70´s (in House of Holland, Richard Malone Bell Bottomed trousers or the platform shoes of Mary Katrantzou).

Chances of making it to the street: 50% 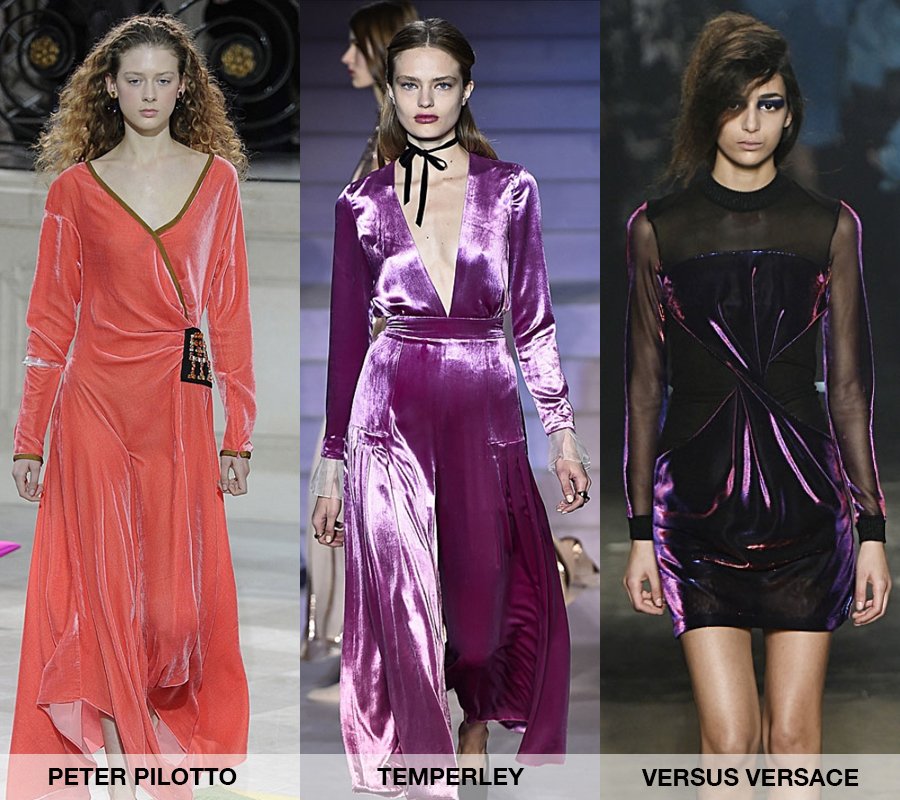 Travelling is one way to get inspiration. We think Temperley must have been to Switzerland, Austria or the South of Germany with Trachten-style blouses. Erdem and Anya Hindmarch had some Asian flavour. And Chalayan keep a connection with Japan.

Western movies were also present in House of Holland and Ashley Williams. 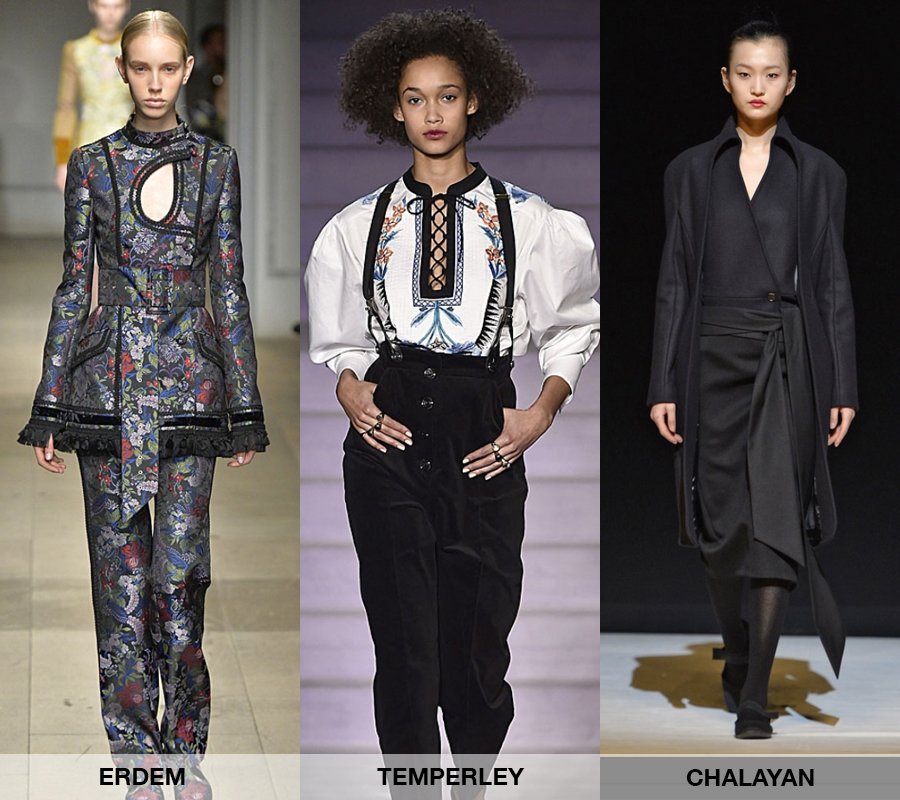 When it comes to accessories, we love the stackable bags of Anya Hindmarch.. Because sometimes one bag is not enough! And the fluffly shoes. They are comfy, soft and cute. We have seen them in many catwalks around the world. In London in Anya Hindmarch and Simone Rocha.

Chances of making it to the street: 25% 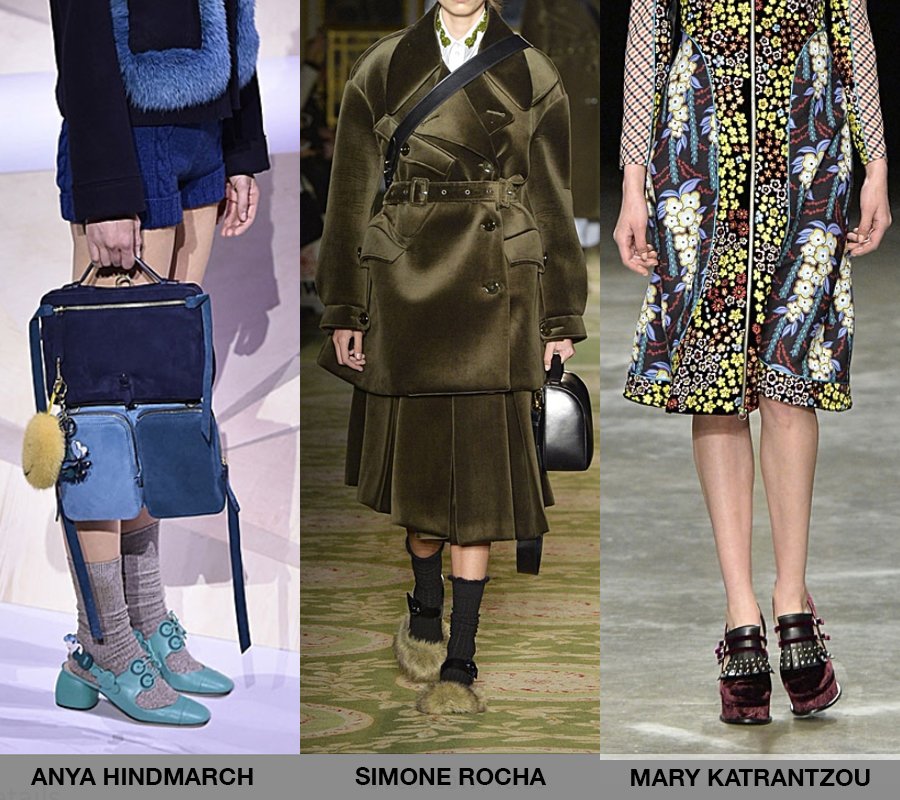 Don’t miss the other major fashion shows we have already reviewed. New York, Milan, and very soon Paris and Dubai!

If you are in Dubai, get ready to visit Fashion Forward from the 23rd to the 25th of March. This region has so much creative talent and it is exploding, because somethings you just can’t hide.