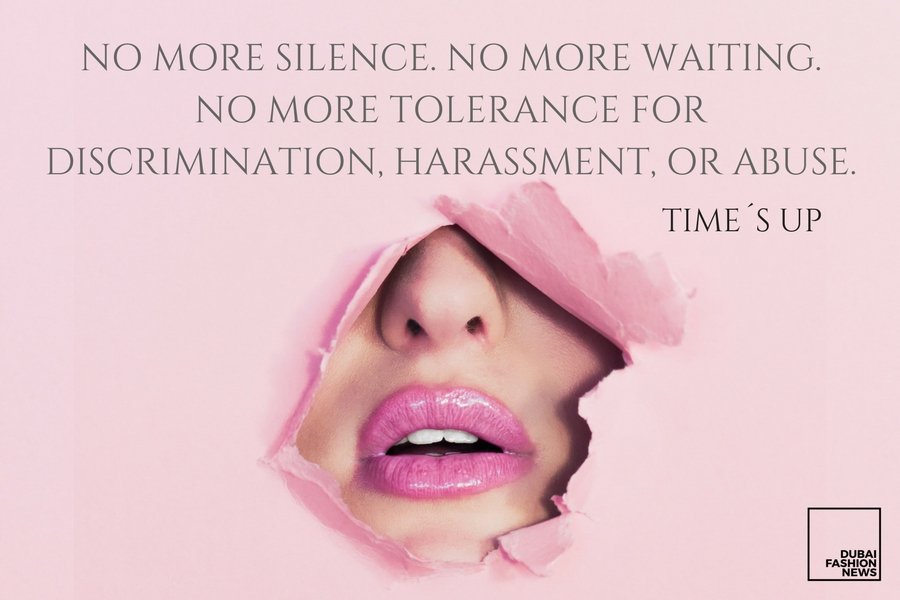 This year´s Globe Awards has been full of messages to stop sexual harassment and gender inequality. After what happened with Harvey Weinstein, and the #metoo social media tornado, The Time´s Up movement is catching fire. Now women are not scared to speak up and a lot of dirt is under that red carpet (and every other industry, let’s face it).

Time´s Up is a recently created movement. It started after a letter from the Alianza Nacional de Campesinas (the National Farmworker Women´s Alliance) to the actresses that suffered abuse in the film industry. In that letter, that you can read here, 700.000 female farmworkers showed support to the victims of Weinstein. They also shared this terrible experience. The figures are terrifying. The level of abuse, inequality and sexual harassment is tremendously high, especially in low-wage jobs. And what is worse, the abusers get away with it, as only a few will find the courage to report it.

All this has shaken the film industry. An industry that gets a lot of attention. That is why this year everyone – the ladies and the gentlemen- dressed in black when normally this event is full of colorful gowns. It is a way to say, we have nothing to celebrate until this big problem is sorted out. They all looked gorgeous in any case. Black is the most flattering color.

Not only they dressed in black, the actresses came to the gala accompanied by cause activists. This will give visibility to their fight and help to raise funds for their particular foundations or NGO´s.

There were a lot of speeches from the female actresses, the presenter and everyone having a microphone close by. Oprah Winfrey, Frances McDormand, Natalie Portman or Reese Witherspoon were spot on.

GOLDEN GLOBE AWARDS AS PLATFORM TO CHANGE THE WORLD

I hope all this makes a difference and we can see changes. To be honest- and I work in fashion journalism- I really felt bad when the #Askhermore campaign. Do you remember it? At that time, it was also big but got forgotten pretty fast. And it is not fair, actresses work as hard as actors, but they only get questions about what designer they are wearing. The movies, the nominations, the awards, the work… seems to be only recognized to males.  Why is that? Most of the consumers of such information at the end are females and it is legit that you like fashion and the gorgeous dresses they wear.

Brands lend the gowns to the actresses, as they know they will get a lot of visibility. The Red Carpet is a marketing tool for haute couture and designers. We are all curious about haute couture, but … aren’t we curious about the movies?

So, here you have a gallery of some of the gorgeous black dresses and the list of nominees and winners of the Golden Globe Awards.

Check our gallery of best dressed in black during the 2018 Golden Globe Awards. Yep! Some didn’t get the memo and appeared in other colors.

AND THE GOLDEN GLOBE AWARDS WINNERS ARE…

Best actress in a limited series or television movie

Best actor in a miniseries or TV movie

Then you probably will like fashion and cinema articles. Here you have some!

CHECK THE BEST MOVIES OF DIFF 17!