You are here: Home / Fashion / BULGARI AND ROME… IN MADRID! 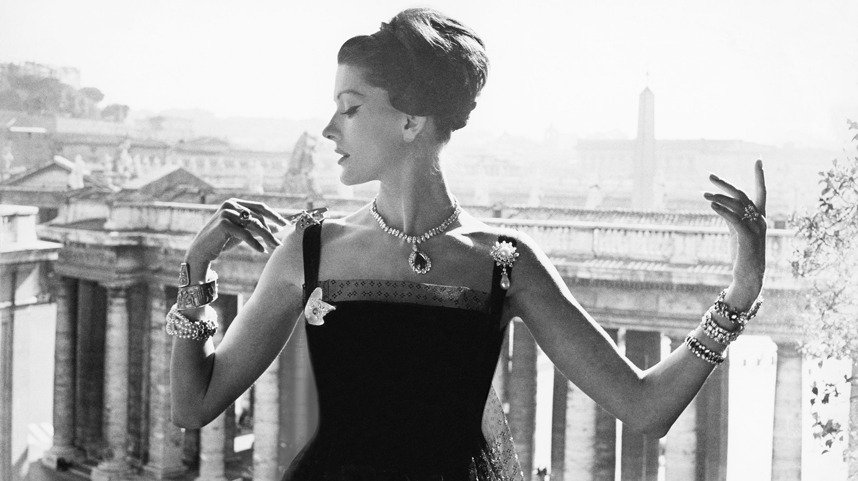 If you are in Madrid before the 26th of February 2017, you love architecture, design, and jewellery. There is an exhibition you cannot miss at the Thyssen Bornemisza Museum: The Bulgari and Rome Exhibition.

Curated by Lucia Boscaini, director of Bulgari´s Historic Legacy department. This exclusive exhibition shows more than 145 Bulgari pieces and how they relate to Rome, the city that the brand calls home.

Down in memory lane, it shows the history of the brand since its foundation by Sotirio Bulgari in 1884. Coming from a Greek family of goldsmiths, he ended up relocating and staying for ever in Rome. 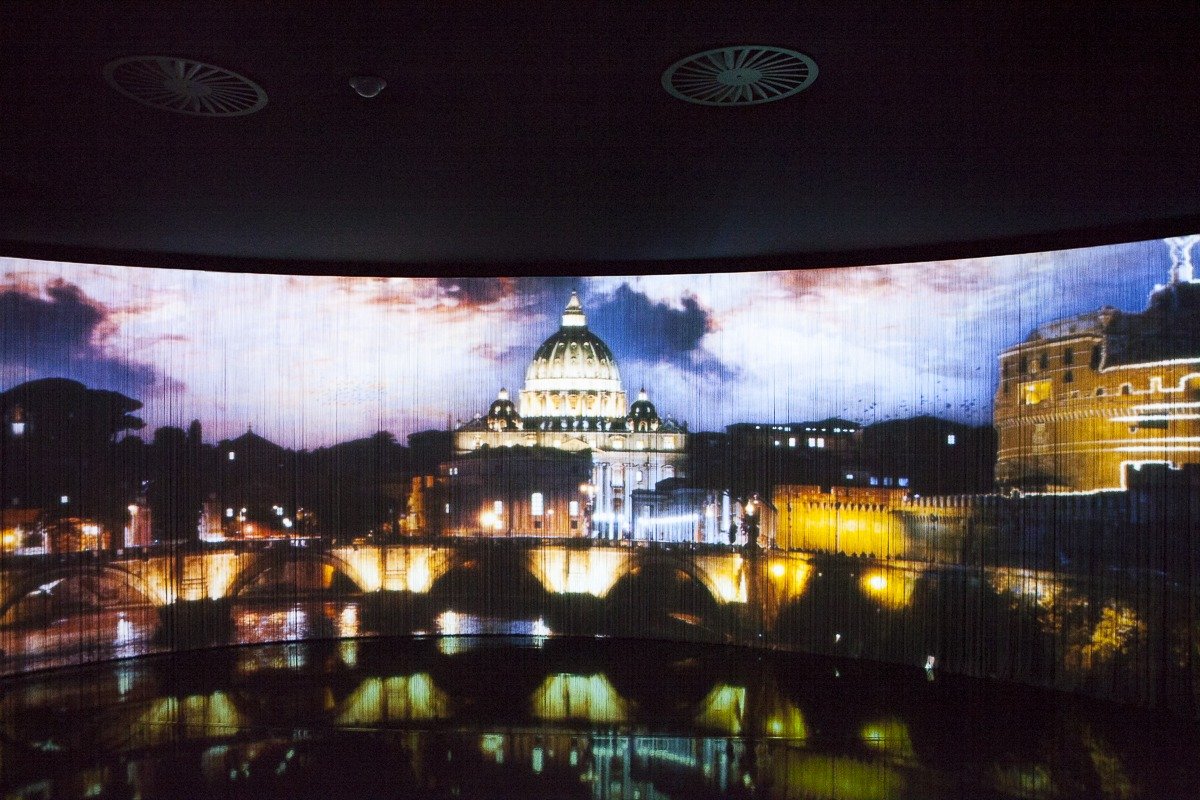 The inspiration behind the jewels the family was producing was literally around the corner. Initially the style was more French, more art- deco. This style lasted until 1930 more or less. After that, the family started exploring its own voice. For example, in 1934 they started using a technique called cabochon (which makes the stones rounded and soft in shape). This finish, that now is so common, at that time was revolutionary. And ever since, they never ceased to amaze their customers. 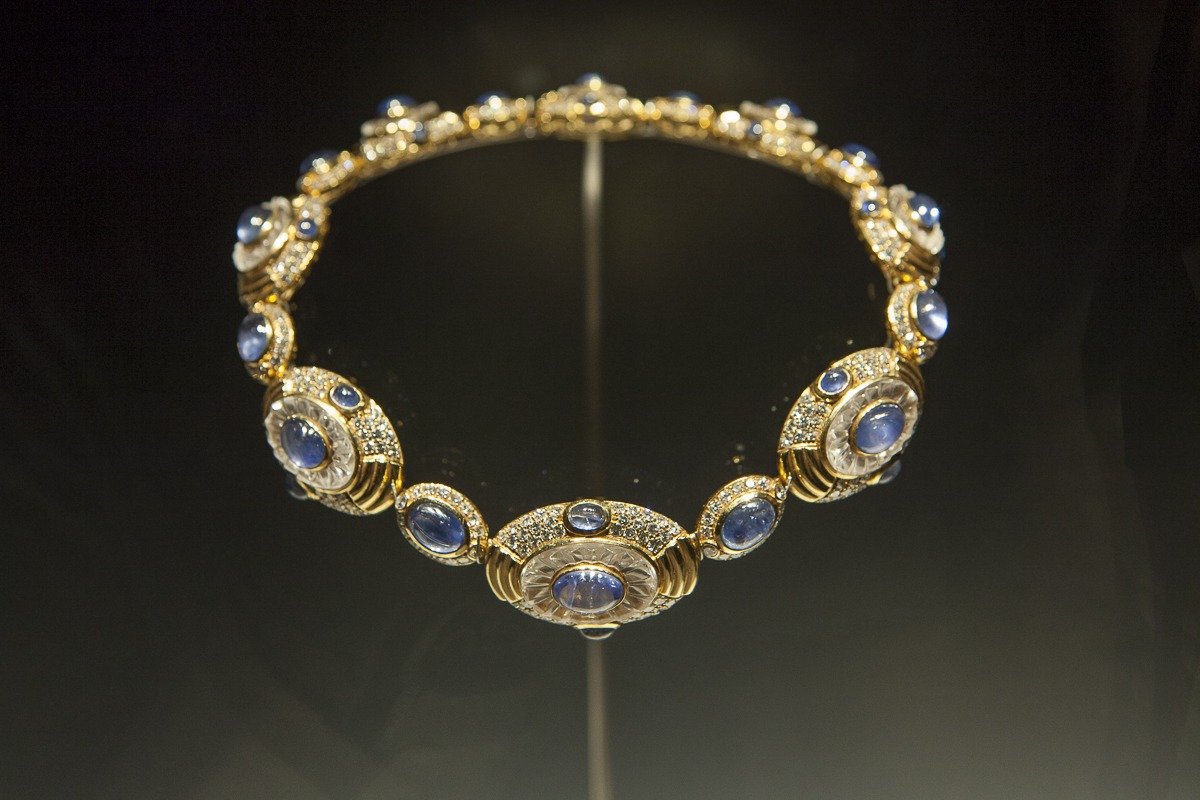 At the exhibition, you will see paintings, drawings, sculptures, photographs, and of course plenty of jewels and luxury watches. 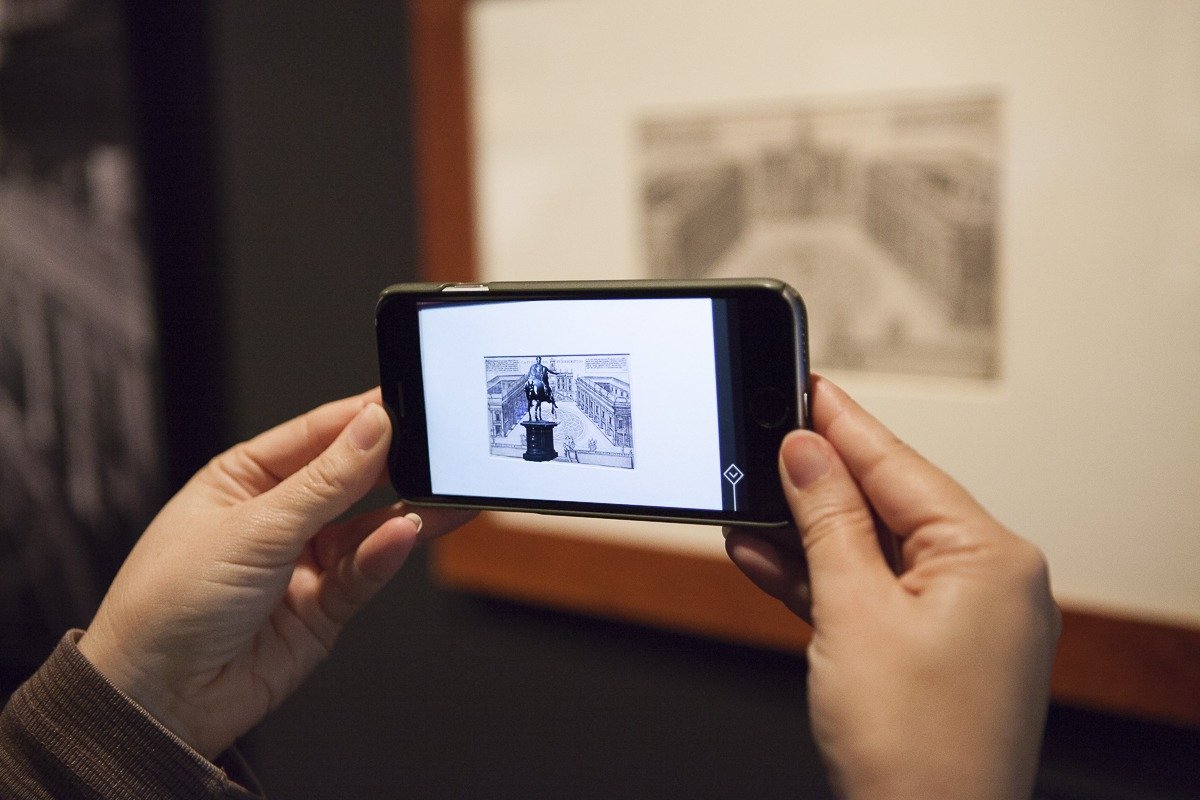 Bulgari: Rome as source of inspiration

The Bulgari´s were coin collectors. They started a collection called Monete that was a total success. All the coins -part now of necklaces, bracelets etc., – were antiquities from Alexander the Great, the Roman emporium times and similar. You have a piece of history beautifully crafted. 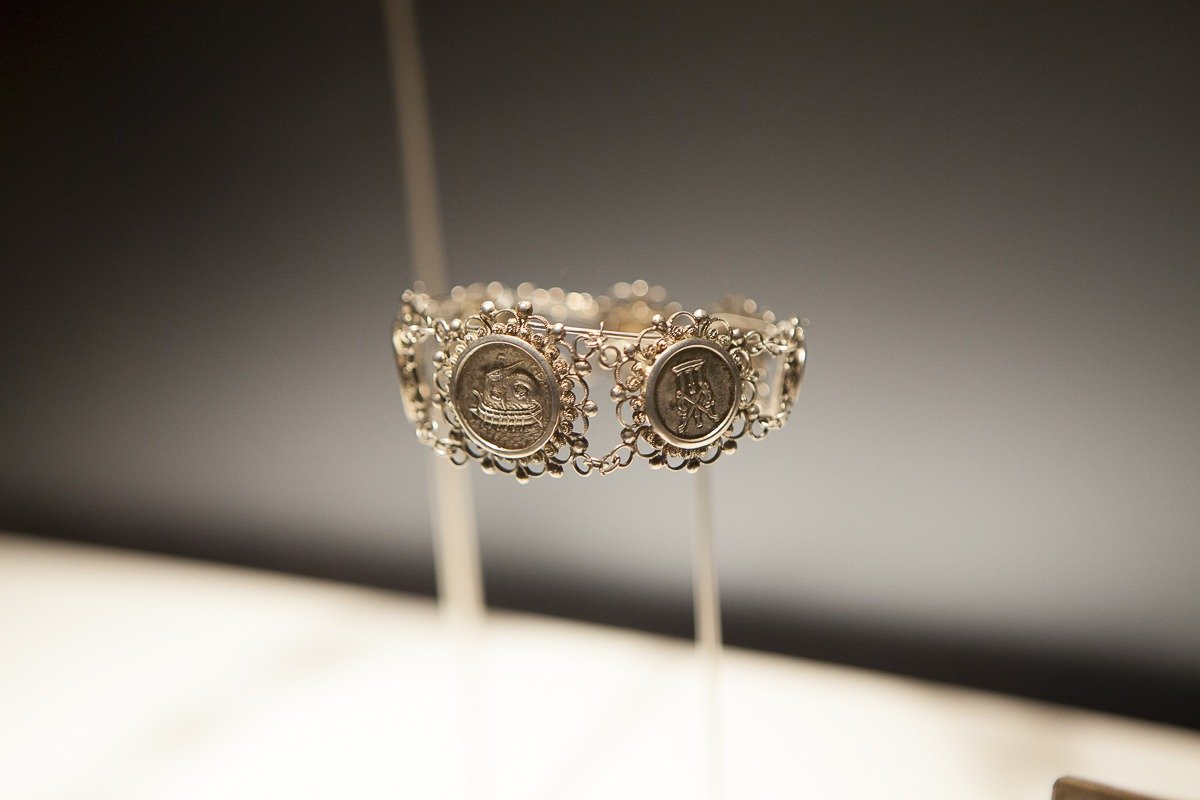 Bulgari was evolving and it kept innovating. For example, another modern collection is called “Parentesi”. The pieces of this collection are multifunctional and fun. You can turn a necklace into a bracelet, or a pendant into a brooch.

Other iconic collection was Serpenti. Coming out of the Myth of Hercules and Aesculapius, Roman God of Health. Bulgari did play with the snake shape to design watches, bracelets and necklaces that were beautiful and bold. 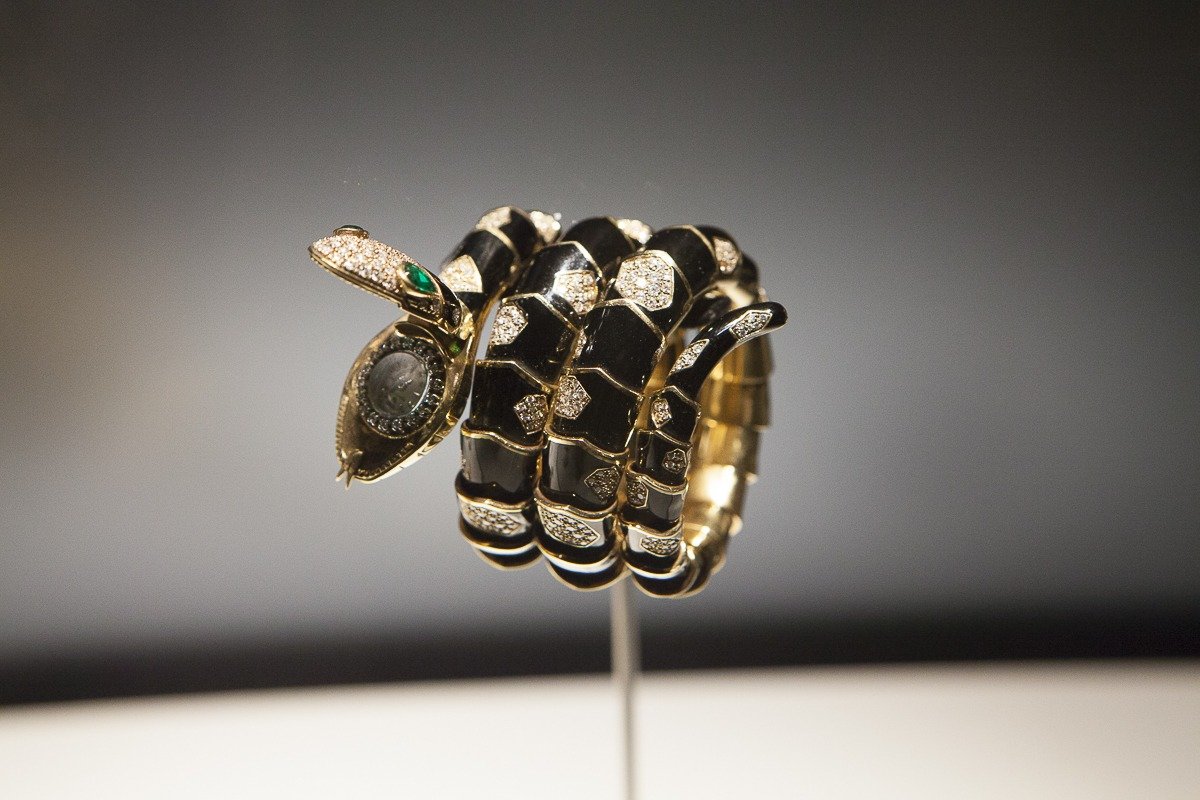 Bulgari has returned now to the Serpenti topic making it fresh and exciting again. Danger and Desire all in one piece!

Architecture was indeed a great inspiration for this family. The designs of the floor of the Campidoglio, the cobblestones of the Appian way, the dome of the Pantheon, the mosaics of the Caracalla baths, the Piazza Navona, the Piazza del Popolo, the geometry of domes, tiles, of churches, bridges, palaces… every corner of Rome was a source of inspiration.

I must confess that after visiting the exhibition, I want to go back to Rome, walk the streets again, take my time to enjoy it and discover the invisible connection between the city and the jewellery pieces. 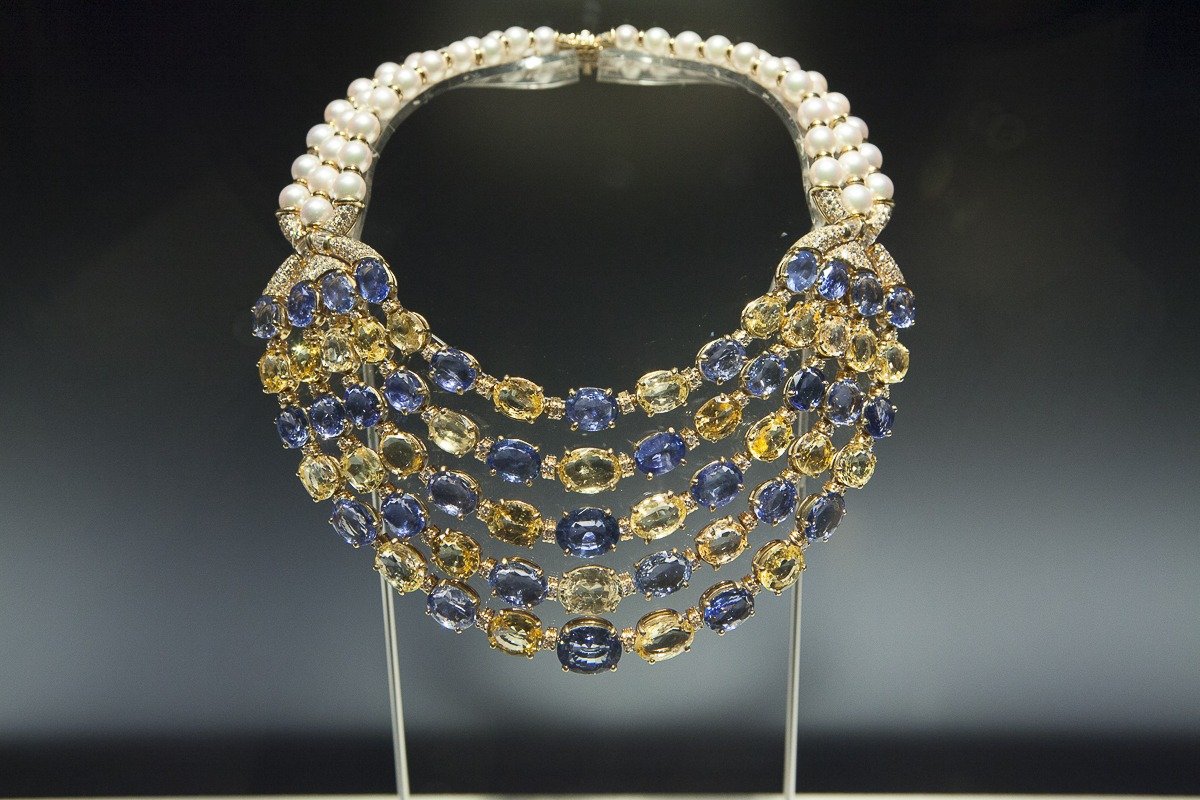 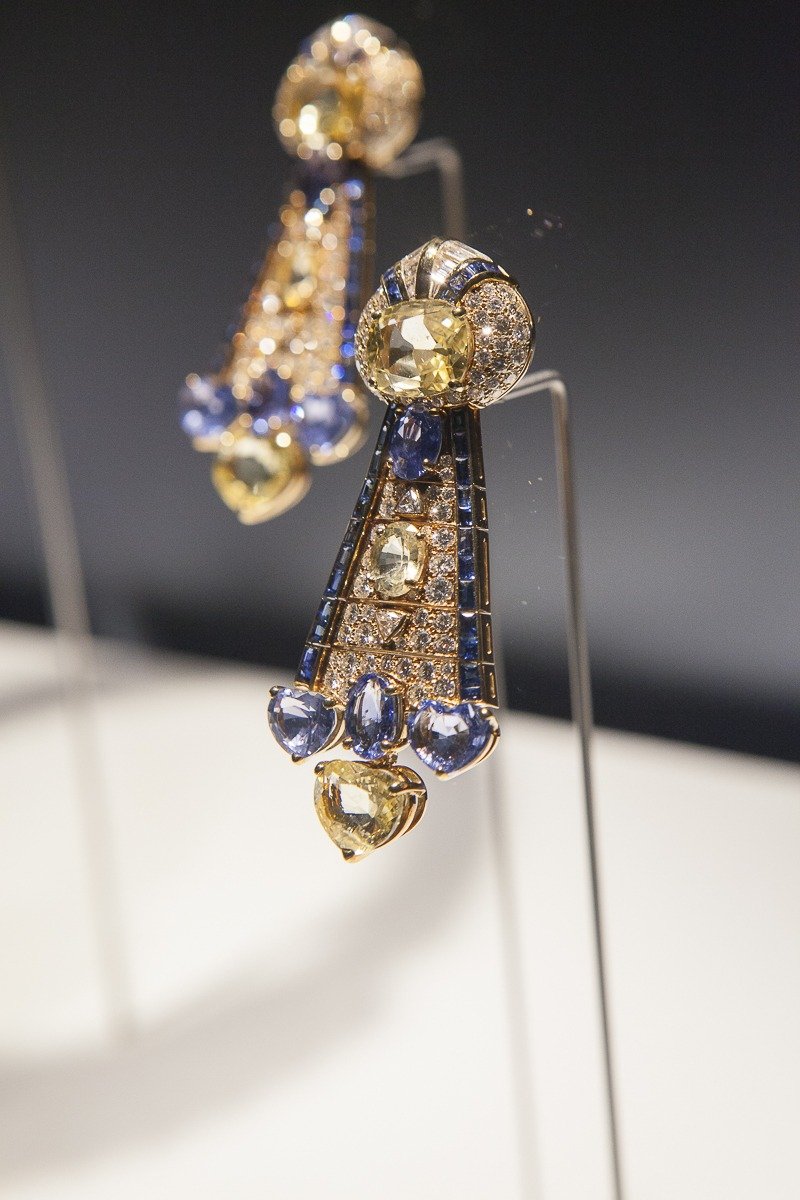 The exhibition is exclusive for the Thyssen Bornemisza Museum and we recommend you very much the visit. Otherwise, consider the other Bulgari shops around the world as mini museums. You will get amazed at the craftsmanship and design and most probably the actual pieces will end up in a museum in the future anyways.

In Dubai, you have shops at the Dubai Mall, Mall of the Emirates and at the Boulevard at Emirates towers close to Sheikh Zayed Road. 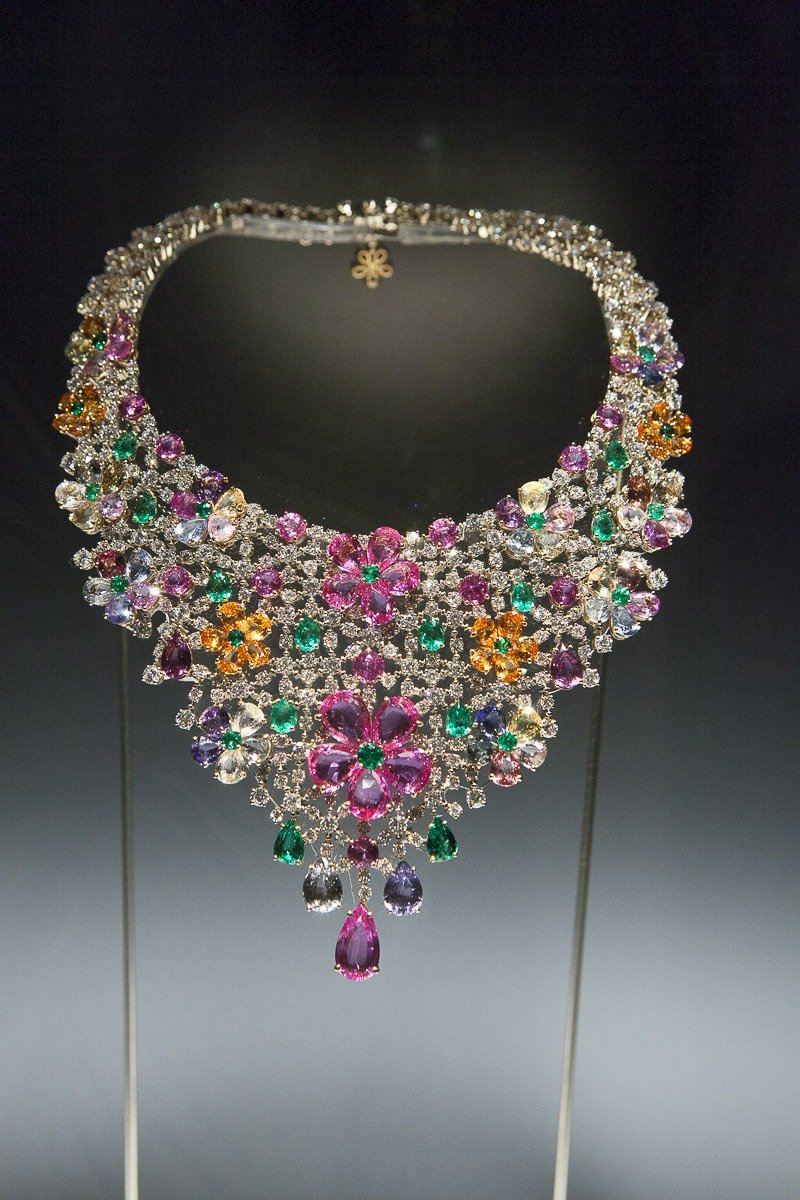 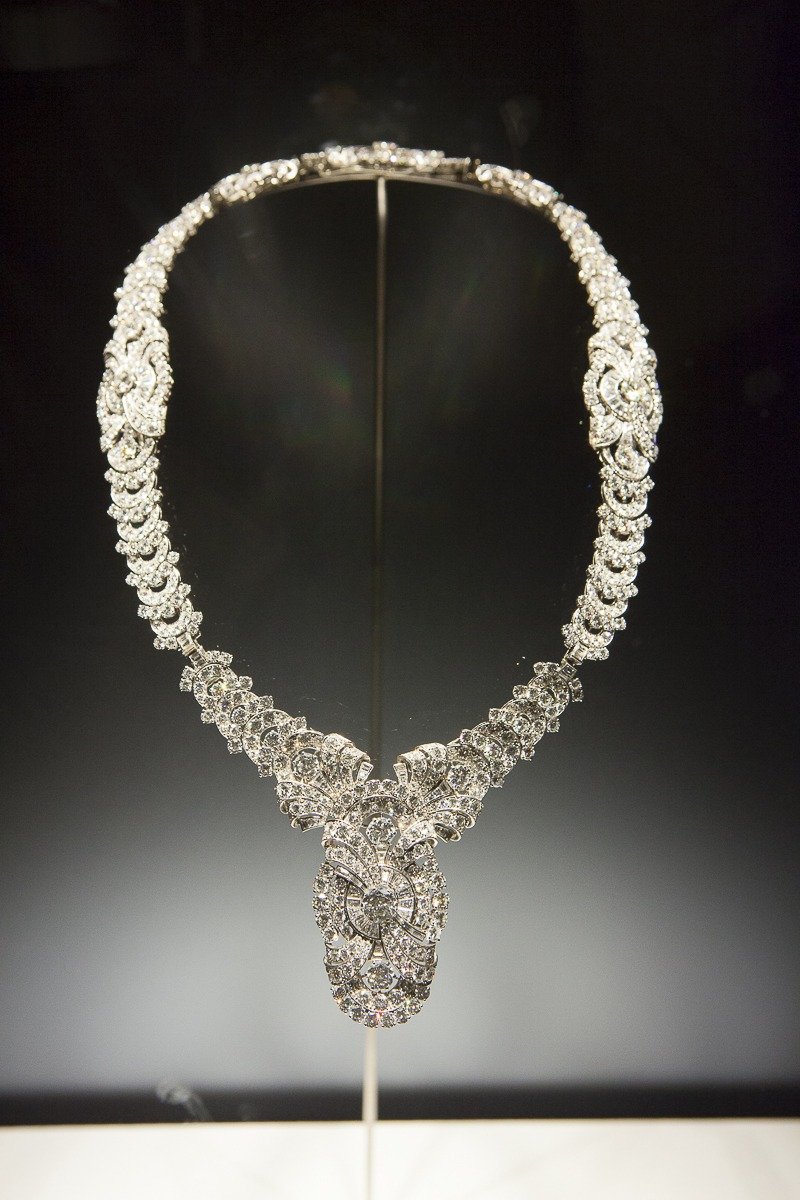